A week ago Josh and I had the rare opportunity of going out on a date!  It was so much fun!  Josh was given two tickets to an NBA game – the Indiana Pacers against the Minnesota Timberwolves – from a co-worker who has season tickets.  We enlisted one of his students to watch our kids since she had offered to watch them months ago (and for free) and since it was going to be a date after bedtime, it was perfect.  So, despite paying for parking downtown and some food, it was a pretty inexpensive Pacers Game date night!

We got to Bankers Life Fieldhouse well before the game started and got to play some Plinko (which apparently Josh loves!  Who knew?) and enter some drawings and win a few free Pacers-branded items, including a watch which they gave to me because I said that’s the prize I wanted to win. We even got to enjoy some music from the Pacers Pep Band.  I did not know there were professional pep bands!  Awesome, even if they didn’t have any French horns. 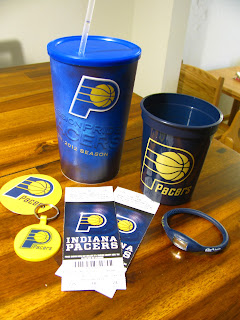 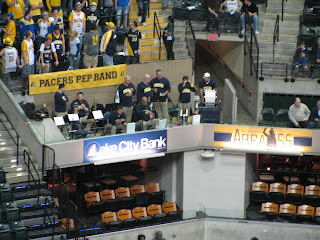 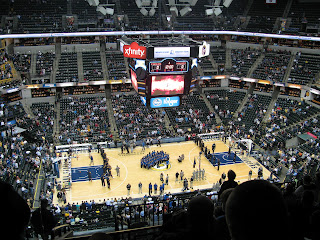 We also had fun seeing how our feet and hands compared to members of the Pacers team (forgot to take pictures, sorry).  We then got some food and sat down to watch the pre-game stuff.  At the half we walked around the field house twice (helping us digest the food) and then watched the rest of the game.  We killed the Timberwolves so that’s always fun. 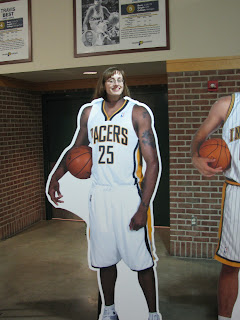 We had fun just talking and joking and feeling so young again!  It was the first time either of us had been to a Pacers game!  We felt like such a “mature” couple with a real babysitter instead of one of our friends watching our kids, and staying out late on a school night doing something fun! 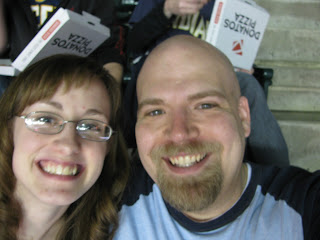 I love that man so dearly.  He is just so wonderful! Thanks for the Pacers Game Date!