Josh and I started this blog after we were already married… so we never shared how we met, fell in love, and everything in between, that is… until now (3 years after being wed).

The first time I met Josh, I had come by his apartment to hang out with one of his roommates (I think) and I remember he was with two other girls, playing guitar and singing, and I remember thinking he was pretty cool.

One of my roommates, Diana, soon started dating one of his roommates, Kendon, and I remember learning that Josh was “old” from Kendon.  (I thought he was 26… though he was actually 27.  I was 19.)  He was definitely too old for me to date, not that I was interested at the time, because shortly after I met him he started dating one of the said girls he was playing guitar for.  I remember my roommates and I thought him and his girlfriend were so cute together too!  Plus, I was going on some dates with other guys as well.

The only interactions Josh and I ever really had together in the first four months of knowing each other were at Activities committee meetings and in the ward choir.  Josh was an Activity Co-chair and I was on the committee.  I thought Josh didn’t really care about his callings sometimes and was kinda lazy about it.  So, when the second semester started, I started asking him about when we were going to hold Activity meetings, because I wanted to do my calling, be a good member of the committee.

Josh had lost his co-chair of the committee at the semester break and needed a new co-chair and talked to the bishop about it and recommended me since I was already bothering him about getting the committee together, so that’s exactly what the bishop did.

It was that simple act that finally brought our paths together. He had broken up with the girl he had been dating around Thanksgiving, and his roommate and mine had broken up around then too.  My dating life was at an lull, and for once, I started looking a little more at Josh…

Josh and I would joke around a lot at church choir practices (and I am a sucker for funny guys).  Slowly I started to get to know him as we planned activities for church.  Eventually we both started to really like each other and the number of church Activity meetings increased… and the length of them increased… and random “Activity Committee-related-get-togethers” began to be arranged.  We liked each other!

A bunch of my friends were getting together one weekend to go play laser tag.  I really want Josh to come, but I didn’t want to ask him out on a date.  That’s lame.  So, I wanted to casually bring it up the day of, and invite him as a friend.

However, my roommate Juli went over to their apartment to talk to Josh’s roommate Kendon, who was going on this big group date thing that night, but his date had backed out on him.  Kendon thought maybe he’d ask me since we were friends.  But, Juli, being my great roommate, said “No! You can’t ask Katelyn!  She’s going to go play laser tag with Josh.”  And at this Josh’s little ears perked up and he got very interested in the conversation.  It was at this point I got a text from Juli saying “Josh wants you to invite him to laser tag.”  To which I replied, “How does he even know about laser tag?!”  She assured me she was being very sly about it all, which according to Josh and Kendon, she was not!

Well, I eventually went over to Josh’s apartment to talk to him about some Activity Committee business and then asked if he wanted to play laser tag with a bunch of people that night (and he mentioned that Juli had mentioned something about laser tag…).

As we got together with our enormous group of people (20+) to play laser tag, they were dividing us up into two teams and the splitting came down right between us. The guy running the place asked us multiple times if we were on a date, (cause we would be on the same team if we were).  But, we assured him it was not a date, even though we pretty much ignored everyone else there the whole night.  But, I had paid for my own ticket, so, it wasn’t a date…. Instead it was first official non-date.

Josh and I were spending just about every day together as we neared the big ward activity of the semester – the ward talent show.  The Wednesday before the activity, as he was walking me home, he said to me “I’m starting to run out of stupid reason and excuses to get together with you.  So, how do you feel about dating?”  To which I replied “Okay, but that we should go on a date first.”  So, depending on who you talk to, we either started dating on Wednesday, March 5 (according to Josh) or on the following Friday, March 7 (according to me) when we had our first official date, since that was the conditional.

Our First Date
For our first date, Josh and I did a lot.  Neither of us had a car the entire time we were dating, so like many of our later dates, we walked everywhere.  Josh made me homemade dinner, I believe it was a kind of specialty pizza, something I had never had before (impressing me with his cooking skills!).  We then went to the BYU Men’s Volleyball game (impressing me with his love of sports, especially volleyball).  But, we left early so we could walk (impressing me with his love to exercise) to ShopKo (where I used to work!) and buy a $1 kite (Super-man) in case our soon to be made kite wouldn’t fly. 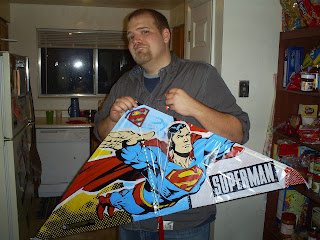 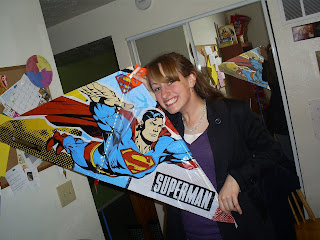 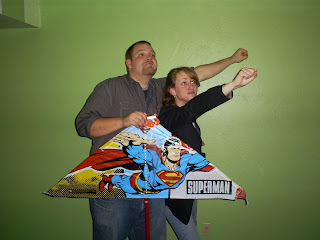 We then spent time gathering sticks, and trying to figure out how to make a kite, the whole time talking and listening to music. 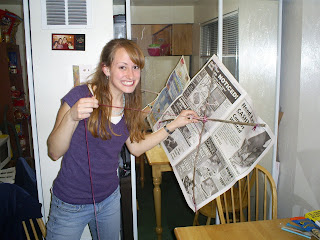 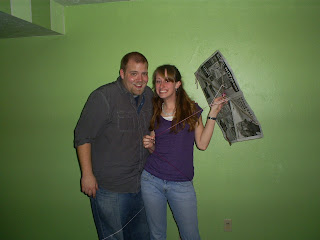 We then went to the field nearby and tried to fly our awesome home-make kite… but it didn’t fly and soon the newspaper ripped, ending our chances of kite-making fame.  So we got out our Super-man kite and flew that one around once or twice but soon the plastic strip that the string attached to broke off! 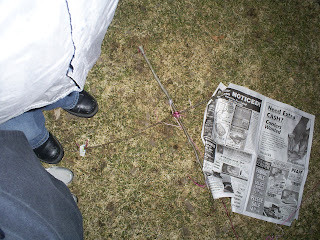 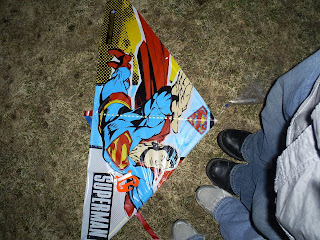 We killed two kites in under 5 minutes!  As Josh and I came together to mourn our kites, he held my hand (impressing me with his smoothness) and we walked back to my apartment.  I think we then watched Forrest Gump together (but that might have been a later date).
The next day was our ward talent show, and we sneakily held hands when the lights were low, and he put his arm around me once or twice, and since we were in the front row, the rumors began flowing.  But, it was the most successful Ward Talent Show EVER!  Josh and I know how to plan rocking activities. 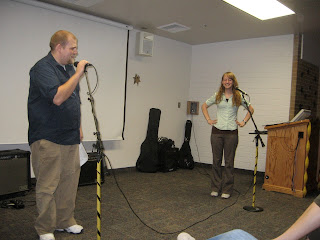 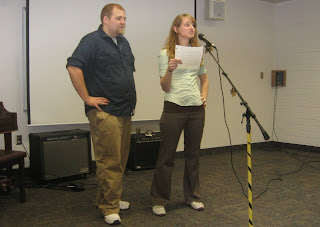 The Start of Much More…

That was the start of many more fun dates and adventures we had together…. and a love of kites.  We would later that summer again attempt to make a kite, and again fail.  We would later buy quality kites in Chincoteague, Virginia, and enjoy flying kites together. 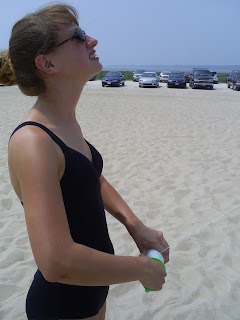 During our courtship, Josh and I would play with play-dough, make a bunny cake for Easter, ride bikes up the canyon, rides bikes from the Provo Temple to the Mount Timpanogos Temple and back (that killed me, but Josh did rides like that for breakfast!).  We would attend the temple, go swimming, draw with chalk, go to the movies, go out to dinner with friends, paint each other’s toenails, help build a log cabin with our bishop, go to Wisconsin so he could meet my family and be flooded out, go to Virginia and meet his family where his parents told him that they “were keeping me so he’d better figure it out,” and eventually get engaged, on my 20th Birthday.

I am happy to say that Josh is still the wonderful romantic guy I married, three years later. He still buys me flowers and chocolates randomly.  He still loves cuddling and spending time together.  He still tells me I’m gorgeous and beautiful (almost every day).  He still cooks (dinner every night!) and still loves sports and exercise and doing things. He still looks at me that special way that lets me know how much he loves me, imperfections and all.