As I had previously written about how my husband Josh and I met and started dating, I thought it is also important to share how I knew my husband was the one I should marry.

Young and In Love

At nineteen years old, Josh was my first real boyfriend. Though I had held hands with a couple of other guys, gone on several first dates with several different guys (mostly in college), and received one kiss (though I didn’t give one back), Josh was my first boyfriend, the first one I ever kissed.  So to get engaged on my 20th birthday to the only person who I have ever dated, and who I had been dating for less than 5 months, I had to be sure this would work out, for a really long time, like eternity long. Here we are on the day we got engaged – My 20th Birthday!

As a newbie (there I go with my computer game references again) as far as relationships were concerned, and being young, I had a steep learning curve when it came to relationships.  I once insulted Josh and told him he was “boring,” early into our relationship.  How nice of your girlfriend to say, right?  But, the thing was I was used to dates, and just dates.  Dates were always fun, exciting, new.  A relationship is different: it’s seeing each other every day, being together doing ordinary things, but with someone you want around.  I knew that, but I didn’t really know what that was like.  But, I got over that quickly, thankfully. 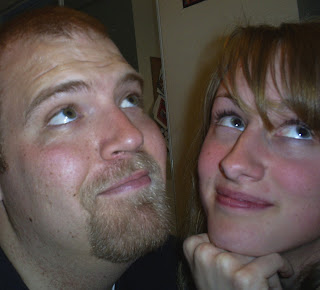 We were just so enamored with each other…

Of course I had “My List” of qualities and attributes I was looking for in my future husband, just like everyone pretty much does.  Josh proudly met them all and even had some bonus attributes, like singing beautifully and cooking!  But, one of the my most important things I found in Josh that I had never had with any other guy, was that Josh was truly my best friend.  I had once told a roommate that if a guy could ever truly become my best friend I’d marry him: mostly because a guy had never held that title with me before.

Of course one of the things I had to have was a guy with a sense of humor, and a sense of humor that meshed with mine, cause I’m kinda weird.  But, fortunately so is Josh and it was his humor that first attracted me to Josh.  He made me laugh a lot during our ward choir practices.  I remember that at a Ward Prayer one night someone was introducing themselves and said their favorite movie was Beauty and the Beast, and Josh rolled up his sleeves (showing off his hairy arms) and was like, “It’s because you like hairy men right?”  I thought it was so funny, even though Josh apparently was just rolling up his sleeves because it was warm… right…

We have since shared so many moments of laughter, like we did HERE, HERE, and HERE.  Josh’s writings HERE, and HERE and especially HERE are just so funny!  We also think things like THIS are funny… Plus, when Josh gets the giggles is hilarious…. as seen HERE. 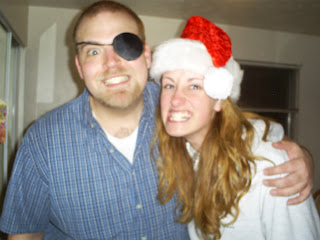 I knew my husband was ‘the one’ by our disagreements

But, when it came time to really know if Josh was “the one” there was something else that helped me decide – our fights.  Josh and I are both fairly stubborn individuals.  We are both the youngest in our families, which may have something to do with it.  We want our opinion to be heard.  And we are also imperfect people and sometimes say things we don’t really mean (even as a joke) that offend or hurt the others feelings.  It was at these times that we didn’t see eye to eye, that someone wasn’t as awesome as they should’ve been, or whatever we fought about that helped me know that this thing could last a really long time.  When we fought, we resolved it in a civilized way.  We both were ready and willing to apologize (after our periods of reflection of course) and work together to find a solution.  We were open to change.  We wanted to be better for each other.  We wanted to be and do what the other person desired, because we loved each other.  But, knowing that Josh and I could disagree and make-up in a very orderly and civilized way, walking away feeling better, knowing what we needed to change in ourselves and our relationship helped me know he was the one.

Maybe that sounds crazy, but it’s often the advice I give to my single friends who are considering the M-word with their boyfriends/girlfriends.  How do they fight?  Do they shut you out or avoid the confrontation?  Do they just bark at you until you understand their point?  Or do they try to see things from your perspective?  Do you guys work together to find the answer and apologize and forgive?  Do you both compromise?  Can you live with how they fight for the rest of your life? If the answer is no, then there might be a red flag, because marriage is hard and you will fight.  And never agreeing, or never being heard, or never forgiving will make it much, much harder.

So, after a few disagreements, misunderstandings, hurt feelings, and long talks, I began to see that Josh and I had a fighting chance at this marriage thing!  We communicated well despite our personal deficiencies in communicating.

One of the other things that helped me know “this was it”, was how natural everything was.  How we met, how we started dating, our first hand-hold, our first kiss, our dates, when we said “I Love You,” how much time we spent together, everything.  It felt right all along the way.  We fit together.  We were perfect for each other.  As I prayed about this, and prayed about our relationship along the way, I always had good feelings.

One thing I love about Josh and I is how committed we have always been to making the relationship work.  Even though we had a few rough points in our courtship (once I almost thought about breaking up with him), we always wanted it to work, so we figured things out.  One of my favorite memories is how often Josh and I would ask each other “Are you happy?  Is there anything I can do to help you be happier?  Is there anything you would like me to do better, differently?”  Sometimes we asked those questions every day.  We have continued doing so after we got married, though the frequency has decreased.  But, we say sorry often.  We forgive easily, and try hard to forget and not bring it up ever again. 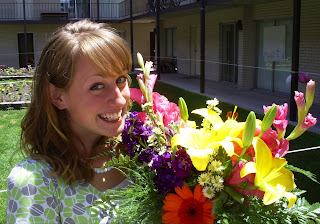 I love Josh and am so grateful to have him in my life.  Though several things he does bug me (or rather the things he doesn’t do) he’s my guy.  He’s my best friend.  I have a lot of fun with him.  He still tells me how beautiful and smart and wonderful I am.  He thanks me for the things I do. He cooks dinner almost every night.  He changes diapers, takes out the trash, and sometimes even helps with the laundry or the dishes in the sink.  He is a great guy and I am grateful he thought that immature 20 year old was worth his time and energy.  I’m glad I knew my husband was the one for me! Thanks Josh for being mine.

How did you know your boyfriend or husband was “the one?” What advice to give to other when considering marriage?